Arriving late Sunday evening, we were greeted to an unexpected sight as we pulled up to the hotel. 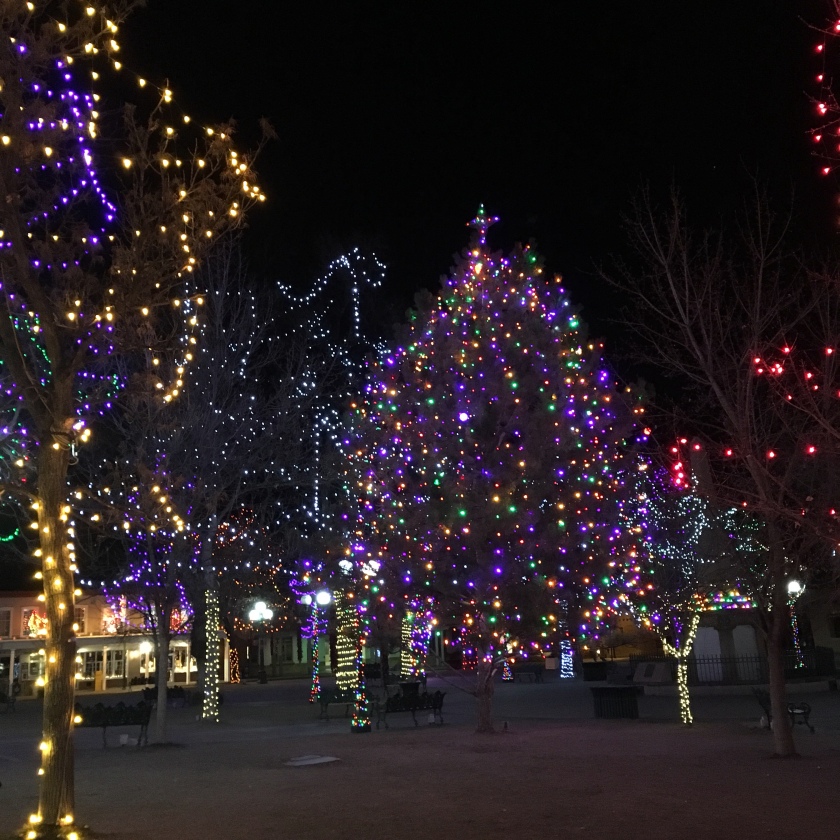 The plaza is still decorated! It’s still Christmas in Santa Fe. Who knew? It’s COLD too. No surprise there.

Quickly settling in for the night, it was so good to be lodging once again in the somewhat recently restored La Fonda hotel. The history of the hotel goes back centuries. The hotel sits on the site of Santa Fe’s first inn which was established in 1607. Throughout the 19th century, La Fonda was the preferred lodging option among trappers, soldiers, gold seekers, gamblers and politicians.

The current hotel structure was built in 1922 and a few years later became a Harvey House. La Fonda remained a Harvey House until 1968 when a local businessman acquired the property. The current owners set out a few years ago to restore the hotel to its current 4-star rating. While brief, it was a wonderful stay. 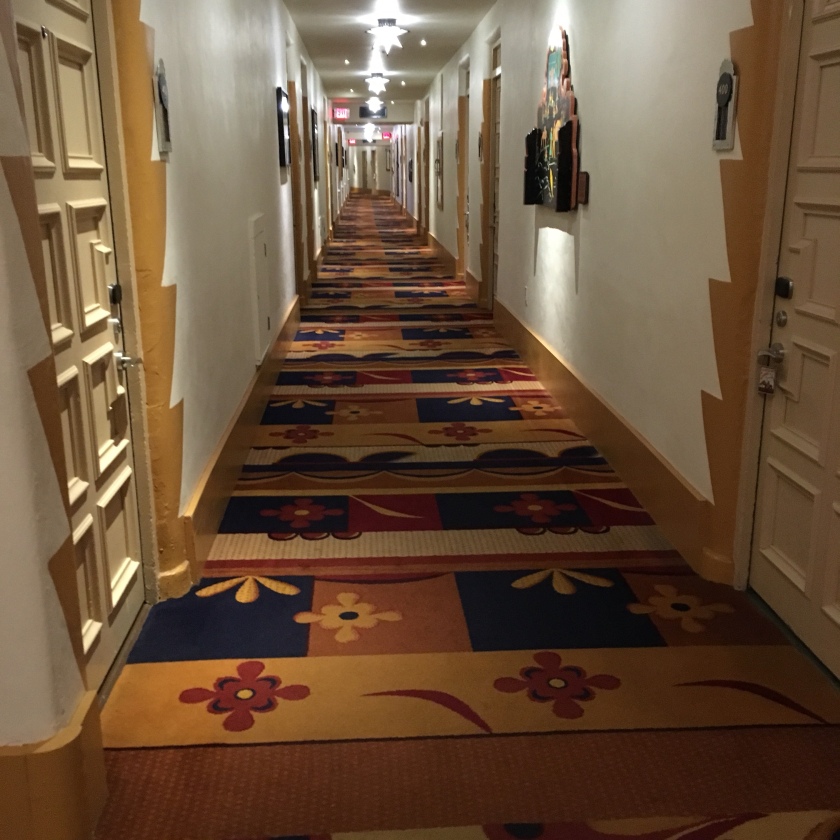 Cappuccinos at Ikonic Coffee followed Morning Prayer, and then a labyrinth walk on the grounds of St. Francis Cathedral. 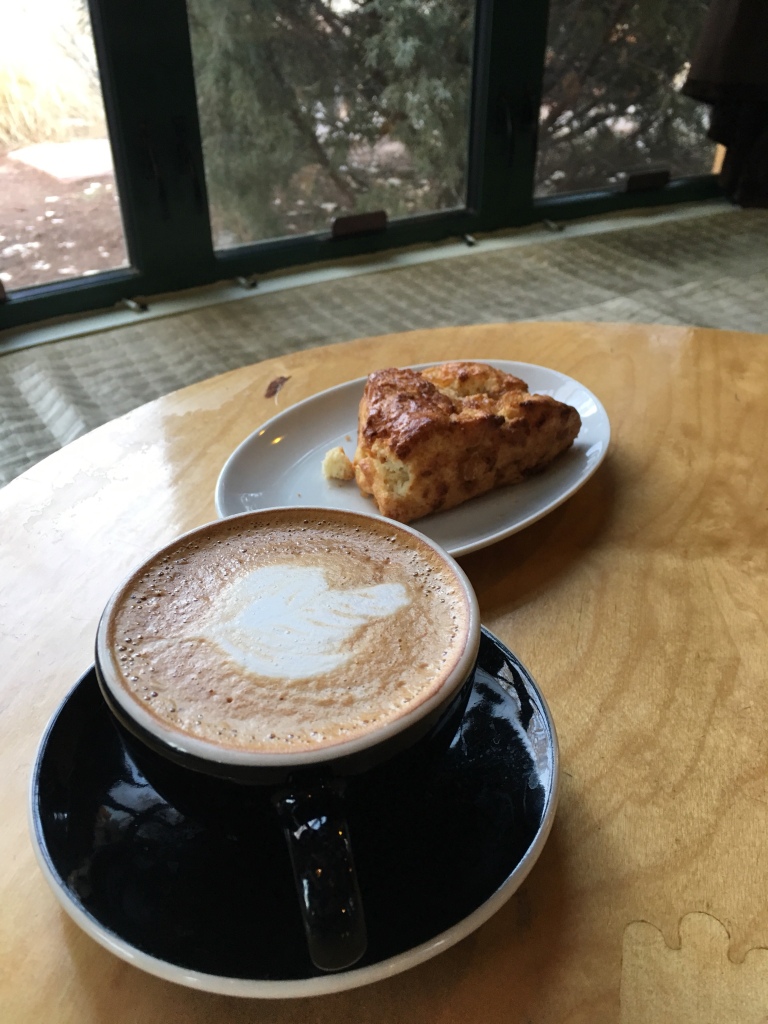 Reunion with our long-time friend Sue was filled with joy, good memories, and wonderful catching up. There are always annual reports of Sue’s Eggs, a legendary recipe, having been served an/or uniquely prepared during the past year. I feel it’s a real tribute to a special woman who touched so many lives as she served breakfast in her B&B, and now through so many others who continue to prepare this amazing egg dish.

After lunch we headed north to Taos. Driving alongside the Rio Grande River offers so many glorious views, that it’s tempting to pull over often for photo-ops. 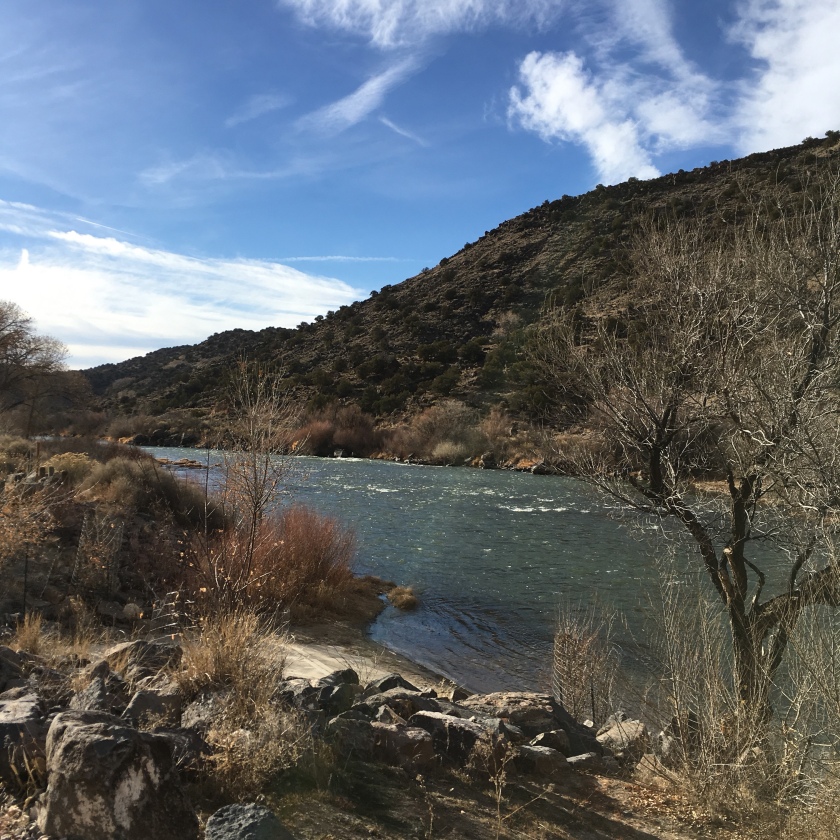 Taos at last! First stop, Coffee Apothecary, for a joy-filled reunion with Lydia and Pablo. 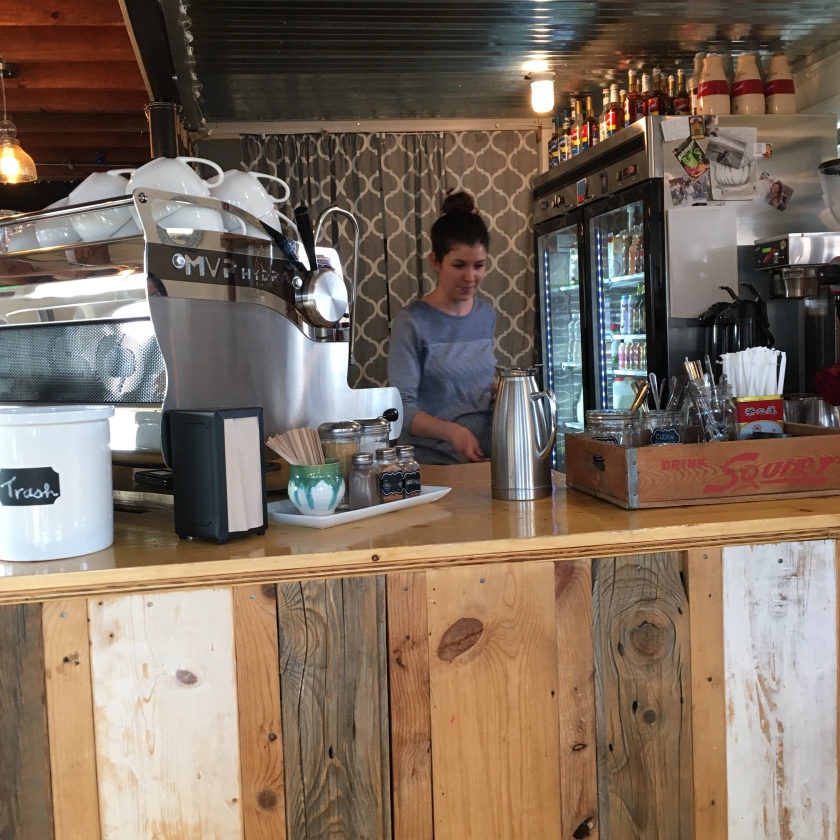 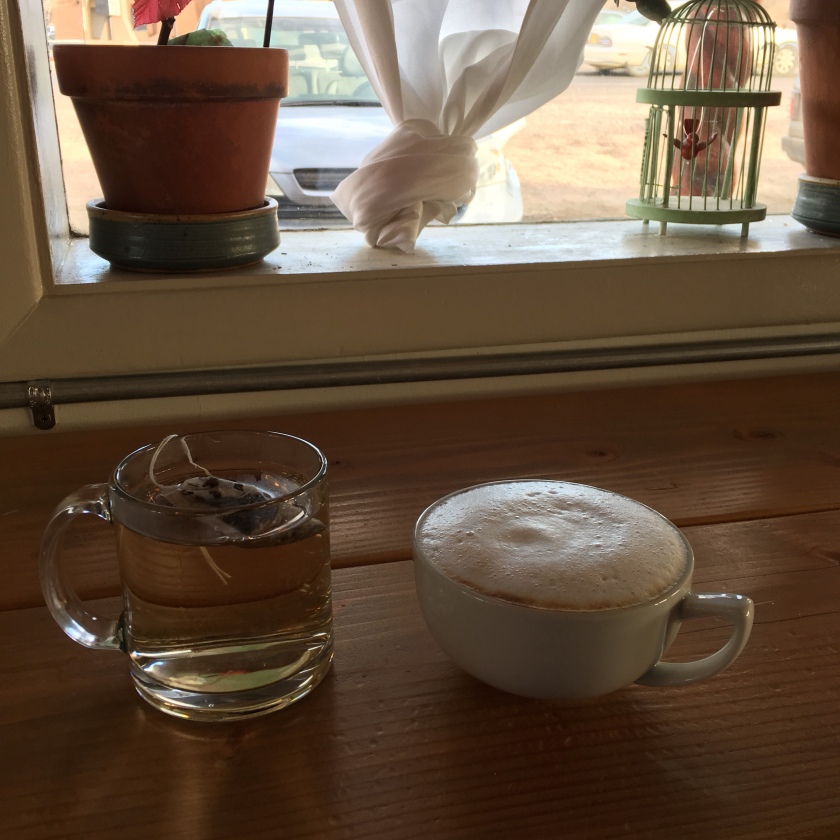 Now settled in for the night, this day brought beautiful sights and sounds through voices and faces of friends, and through the glorious sights of God’s wondrous creation.