My youngest son set out 15 years ago to summit each of the the 50 state highpoints.  Highpoints range from the ridiculously easy – some you can drive up to the highpoint;  to the RIDICULOUSLY hard, the most difficult being Denali. Denali takes a minimum of three weeks to summit. 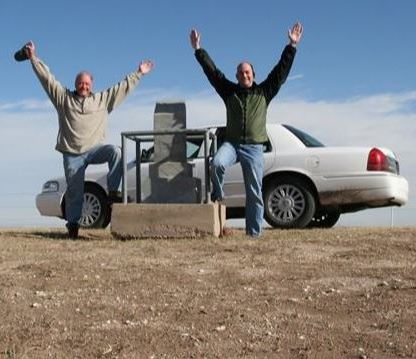 On July 22, 2018, Todd summitted, Borah Peak, Idaho, to complete his goal of having summitted every state’s highpoint!

Just over 300 individuals have summittted all 50 state highpoints. He is number 305.

Many friends and family members have joined Todd on a number of state highpoint summits. Even me.  I joined him for the South Carolina and Tennessee highpoints. I also have North Carolina and Georgia on my puny highpoints list. And most recently I experienced the “highpoint” of Tórshavn, Faroe Islands. Haha.

It seems all this began with a small book I bought in a state park gift shop over 15 years ago.  It was to be a stocking-stuffer- interesting facts and figures.  It didn’t end there.  It ended on Borah Peak. 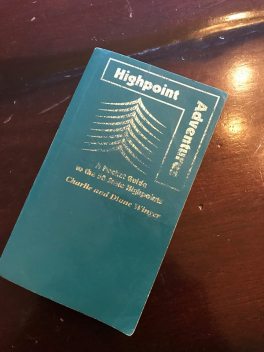 Today I journey to the great northwest – Seattle – to be part of a gathering of friends and family to celebrate Todd and to celebrate this HIGH milestone.

There is another Heckel in the highpoint wings.  My oldest grandson has 21 highpoints to his credit.  I gave him the book pictured above last year.  I also suggested he wait on the Denali attempt until I have completed my highpoint summit to on-high.