I’m going to a Green Bay Packers football game – IN Green Bay, Wisconsin – ON December 30th – WITH expected temperature for the game in the low 30’s. Lambeau Field is an outdoor stadium. Oh boy.

I have been to Lambeau Field for a Packers’ game.  Three times.  ALWAYS in August. And each time with my grandson, Jack.

You see, Jack and I were in a ski accident just about nine years ago.  He was eleven at the time, and we were on a family ski trip in Colorado. In the late afternoon the day before we would all depart, Jack and I found a place to sit and watch the skiers complete their ski runs.  We found a good viewing area and sat and watched. 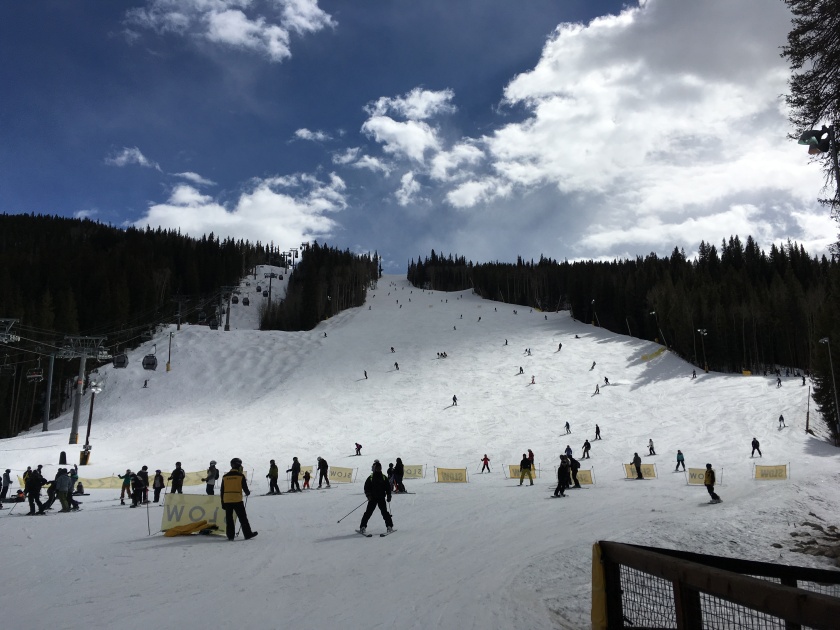 Suddenly, and seemingly out of nowhere, a young woman- a teenager- lost control as she skied too fast and too recklessly.  She careened into us. She hit us both, but Jack bore the brunt of the crash and suffered two broken bones in his left leg.  It was awful.  It was so hard to see him in such pain.

Transported by ambulance to the ER in the ski center, he lay on a gurney, wearing his Green Bay Packers jersey, with great fear on his face as the nurse approached with intention to run an IV in his arm. Wanting to distract him, I gasped out. “Jack, would you like to go to a Packers game?”  Shaking his head yes, the IV was quickly inserted. 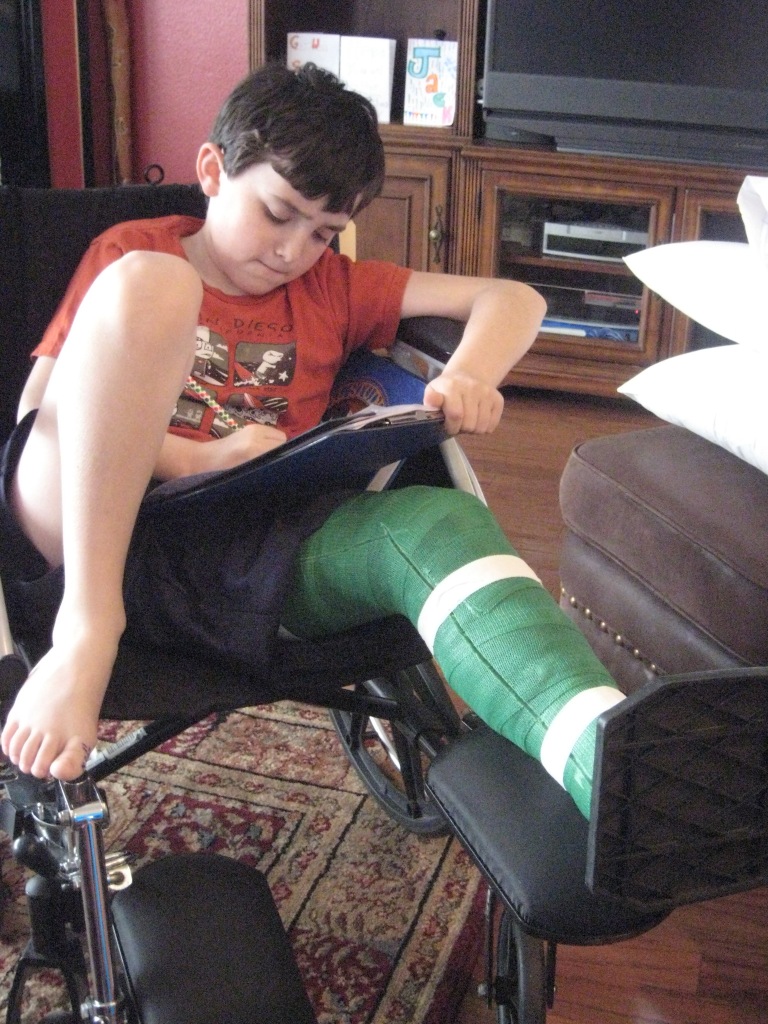 Months later as summer approached, I needed to figure out how to do what I had promised. I managed to do just that, and in August of that year Jack and I flew to Green Bay, Wisconsin, for a Packers pre-season game. 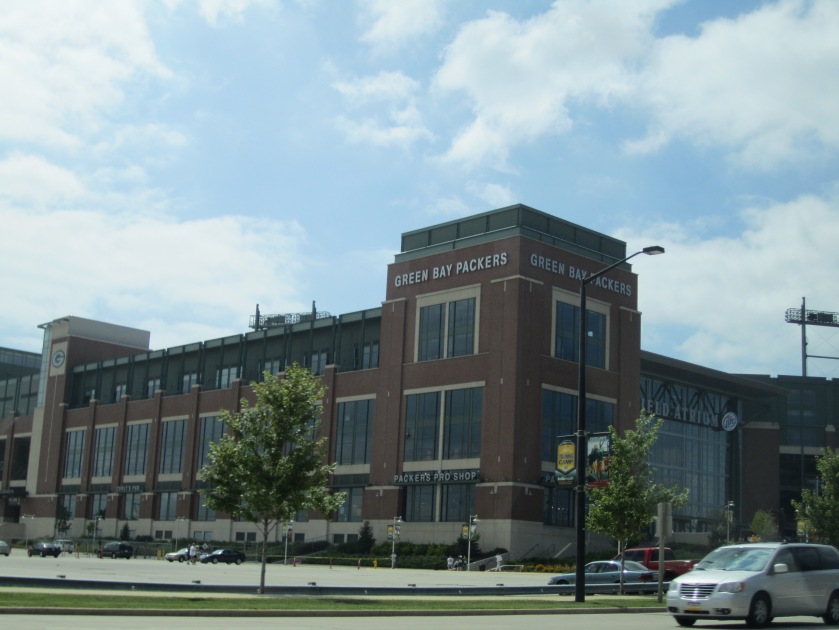 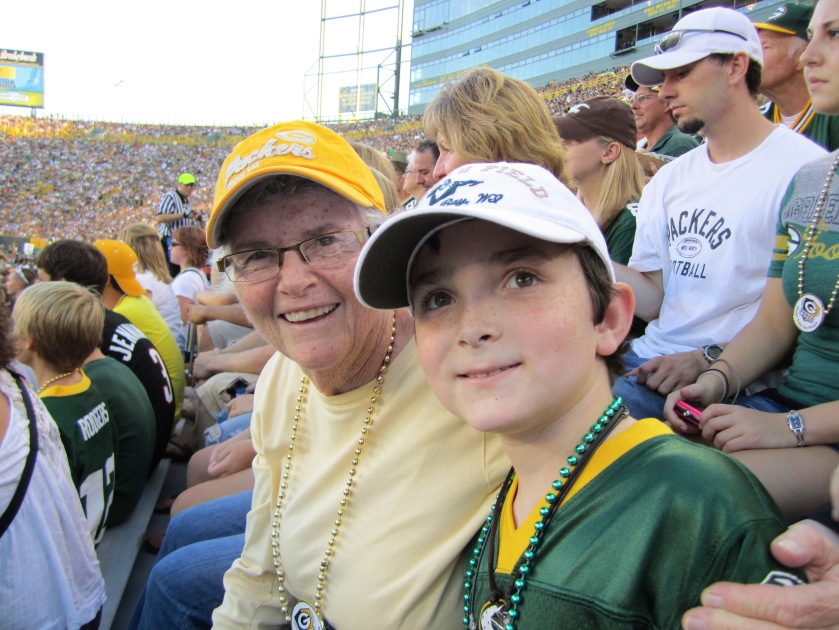 We went again the next year. 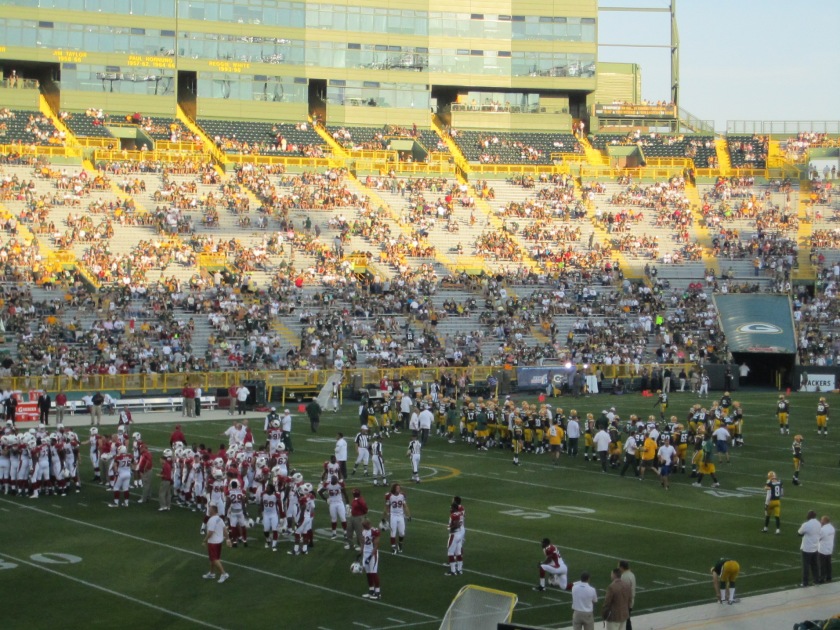 Jack is a Green Bay Packers fan because his Papa (grandfather) is a fan.

Each year during the regular NFL season, when Papa would watch Packers’ games on TV, I would say something snarky like “oh, Lambeau Field, I’ve been there.  Actually I’ve been there several times.”

Papa would reply, “I would only go in the middle of the winter, as a true fan would.”

And so it has come to pass, that Papa is going to find himself at a Packers game in the middle of winter. Jack and his parents and sister will join Papa for the game. And so will I. Jack’s dad, my older son, is making this trip possible.

A friend has lent me a “puffy coat”. It’s an original, when puffy really was puffy. Here’s a glimpse. It folds up surprisingly compact. But wait until you see me wrapped up in puff. 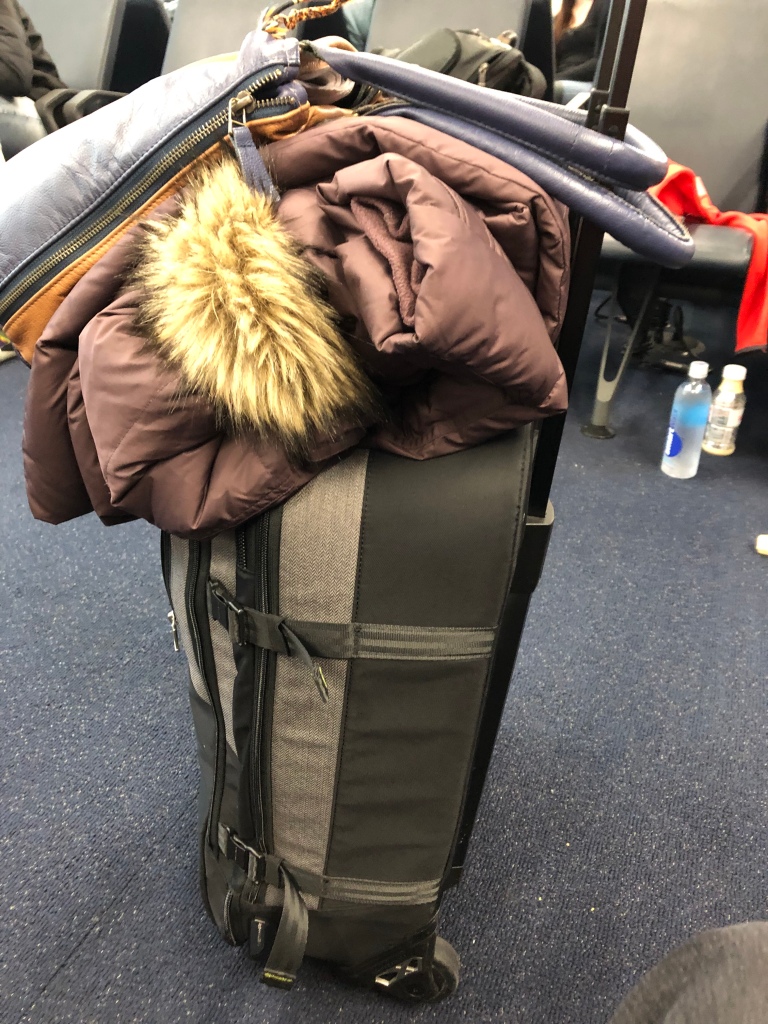 Earlier this year I met up with this family in Keystone, CO. They were there to ski and snowboard and I was there to enjoy time together in the Colorado Rockies. Jack and I took a walk one afternoon, past the site of the accident now viewed in the distant past. We talked a bit about how it felt to return, and we noted fencing had been erected to prevent ski-viewers from sitting where we sat that fateful day. It was healing to walk this part of the accident journey with him.

And now, this day we return with his family and with Papa to a place that gave us the most healing – Lambeau Field.

One thought on “puffy coat required”