Bustling preparations began early for the noonday game – as seen from the hotel window.

We enjoyed brunch at the rooftop terrace restaurant.

Then it was time to layer-up for the much anticipated Packers game. My layering was two pair of long johns, heavy pants, wool turtleneck, wool sweater, toe warmers stuck on my wool socks, boots, insulated gloves filled with hand warmers, three hats, and….. the puffy coat.

I was quite comfortable. I did require assistance up and down the steps, as the steps were extra high in addition to my extra layering and subsequent bulk.

Georgia, Jack and I decided we should purchase bright yellow Packers shirts to wear over our coats so as to be able to flash a bit of Packers gear. The other family members labeled us the “minions”. 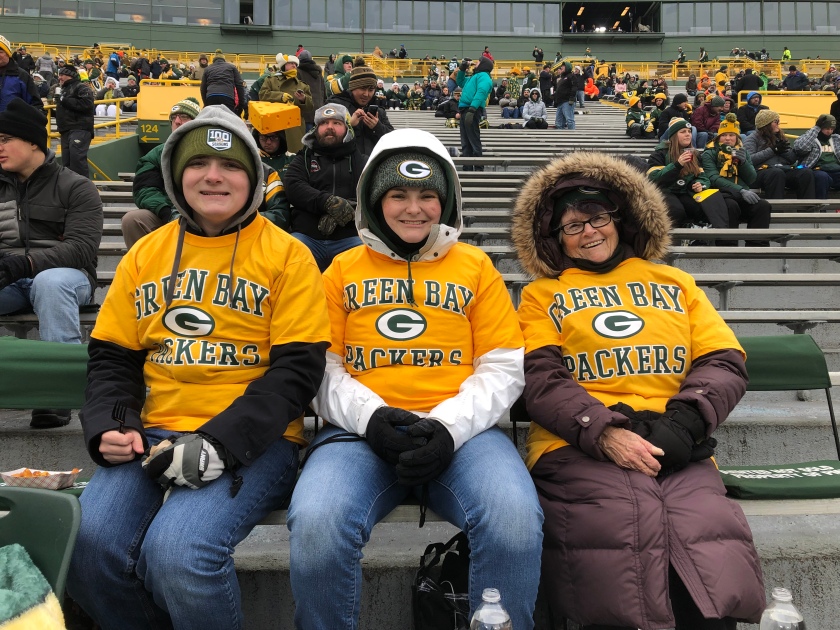 We thought ourselves quite hilarious, and very appropriately garbed for the game.

Papa, the Packers fan that was the reason for the trip, was ecstatic to be here. He has had a grin on his face since we first arrived in Wisconsin. 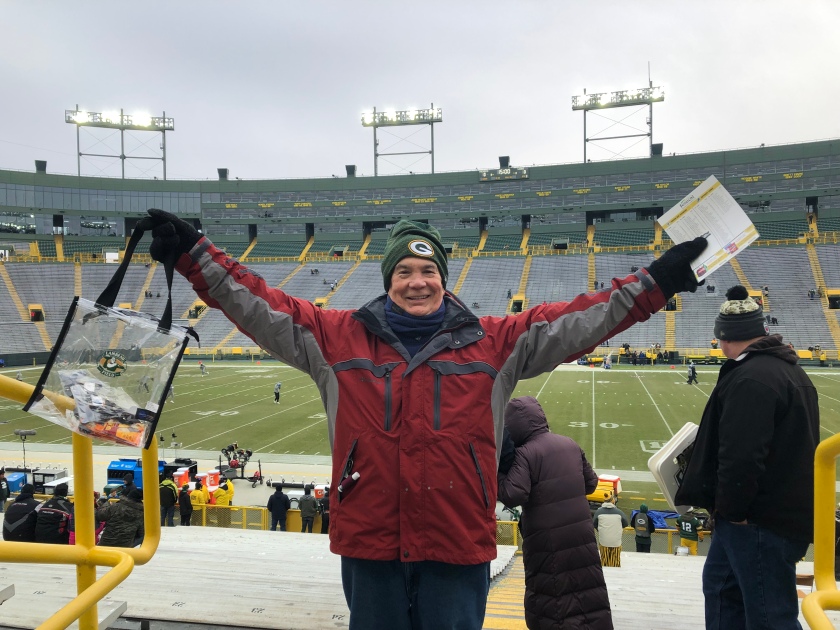 Lots of traditions before the start of the game. Running onto the field with banners, bands, players and staff.

Unfurling of the US flag for the national anthem.

And Brats for sustenance.

While not the outcome we had hoped or expected – the Lions won – it was first and foremost a Packers game in December. And it offered all the fixins of a yearned-for experience.

There’s a snowstorm expected tomorrow. We should be airborne before it arrives and that suits me just fine.