This afternoon we boarded a gondola for a ride up to the Summit House, where we were met by the snowcat driver who would drive us up to the top of the world. Almost literally. 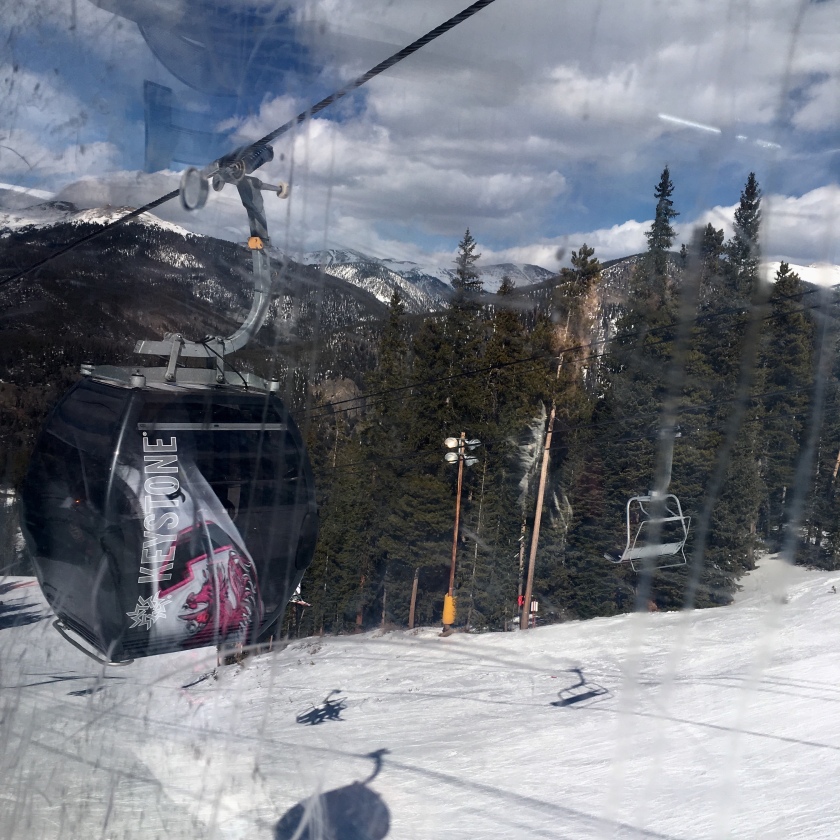 Waivers signed, and dressed for super cold weather, thirteen of us climbed into the snowcat.

It was quite a ride!

The snowcat parked on the edge of the Independence Bowl. 12,200′. We clamored out of the cat and walked around.

Our driver pointed out all the peaks and related points of interest.

It was breathtaking! Truly. I slowed way down, but that just let me have time to savor the views. I did veer off on my own a bit. The driver informed my family that there would be a “whoosh” sound if I were to disappear. Hilarious.

.Jack contributed the artwork just as we boarded for the return trip down the mountain.