I’m accustomed to a more organized and “privileged” manner of flying.

That all went out the window when flying to the Faroe Islands last night.

We traveled by taxi from the hotel to the Reykjavík domestic airport for the 15 minute ride. It’s possible to walk to the airport, but we chose not to roll bags for half an hour down streets and byways. Just saying…

Besides, we would have missed the history lesson our taxi driver gave us. All about who really discovered America, and how both the British and the US are credited with having built Reykjavík’s two airports. (I will say, the Americans did the better job.). And much more, but by then we had arrived.

Mobile checkin for our flight was available 20 minutes prior to departure. That’s novel. The airport is small with few services. It was pretty much unknown where to stand to line up for baggage, for security, and for boarding. That is, until an individual showed up and made an announcement for a given service. Then everyone gravitated that direction.

I’m generally used to having clearly identified lines for queuing, and often being close to the head of the queue. Here we just all engaged in a mass queue. Through this very civil and cordial process we all moved along slowly, kind of haphazardly, making some new friends along the way.

Eventually it was time to walk out on the tarmac to board. 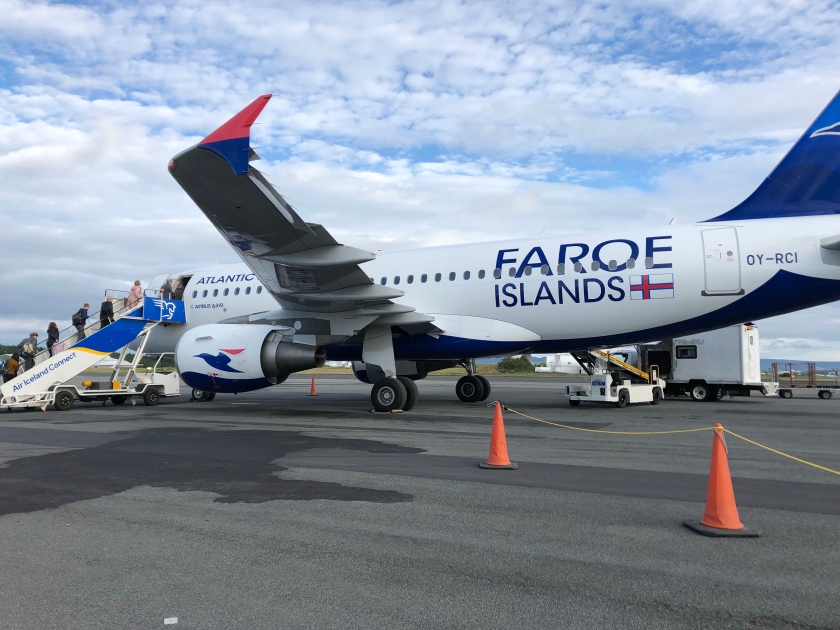 Our plane was one of three operated by Atlantic Airways.

There’s the church in the center of Reykjavík.

It was a gorgeous evening to fly. 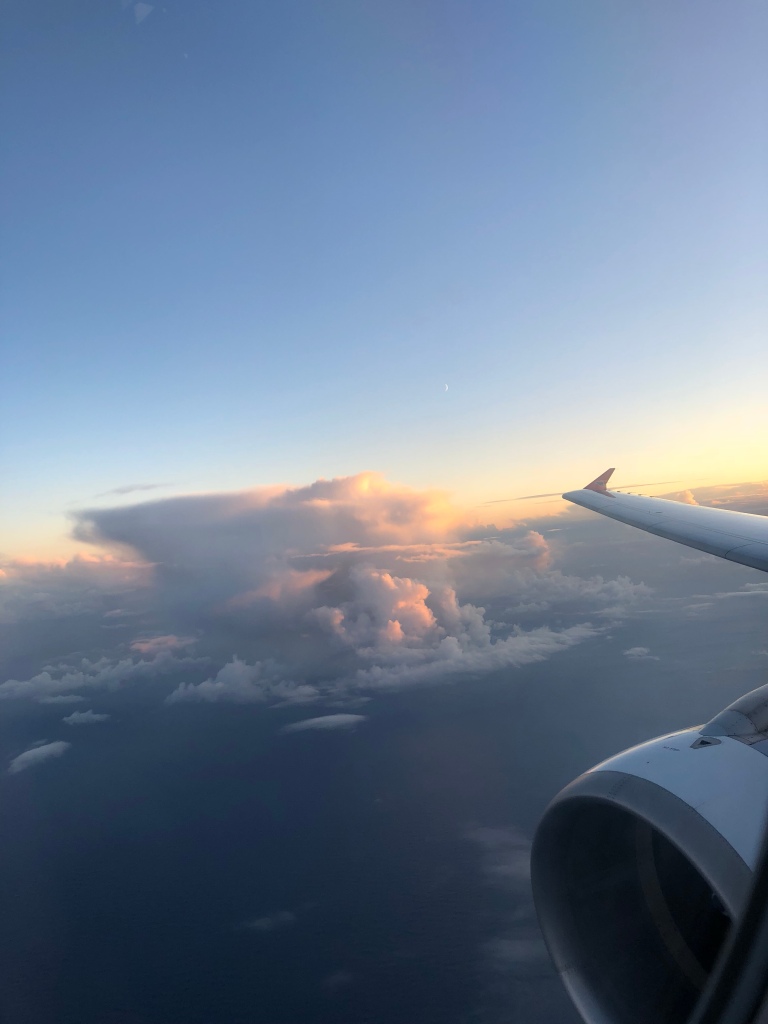 One hour later we were in the Faroe Islands.

We picked up our rental car and made many attempts to drive off. Equipped with a manual transmission and a manual in Faroese, I could not figure out how to get in reverse. Eventually other renters came along and showed the trick, pull UP and left. Now we’re talking! Off we drove to Tórshavn where we will spend the week, venturing out often.

It was a surprise to find it was so dark and the 30 minute drive was a challenge, mostly because of the numerous extraordinary waterfalls along the way that we could make enough just to regret not seeing. We will see them when we return to the airport next week.

All tucked in at Hotel Havgrim, we ended the day.

Awakening at 5am, here’s the view from the room. 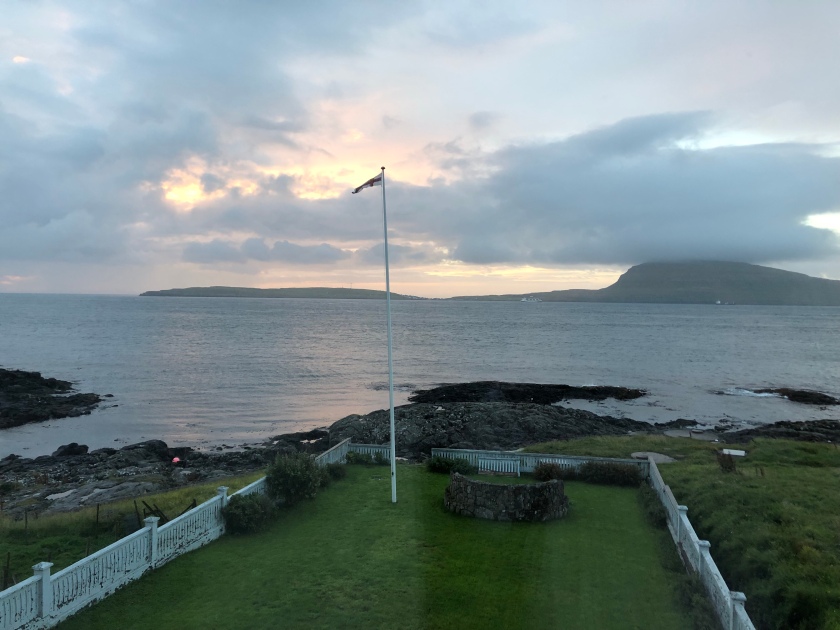 This is going to be a fine day!