This day was to have had a prearranged meeting, but when the reality of needing to arrange all the possibilities of places we could go and the things we could see around this appointment, we choose to abandon any timetable.

It turned into a fluid day with choices made as we moved through the day and along the roads ahead.

There was heavy rain the night before, gifting us with waterfalls too numerous to count or capture. All showcased by the sunny day. 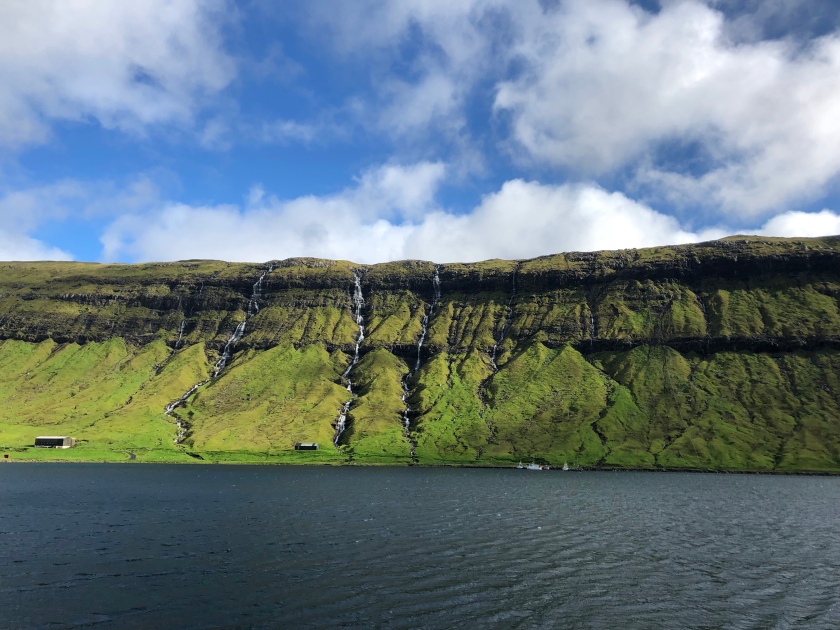 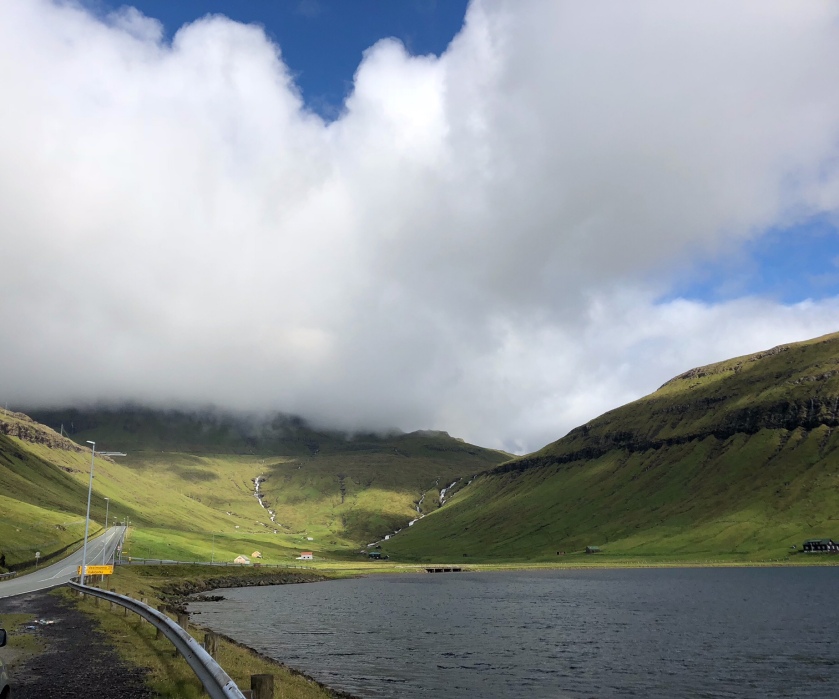 A bridge took us from Streymoy Island to Eysturoy Island, where we stopped in the town of Toftir at Navia Yarns, a mecca for Faroese wool. 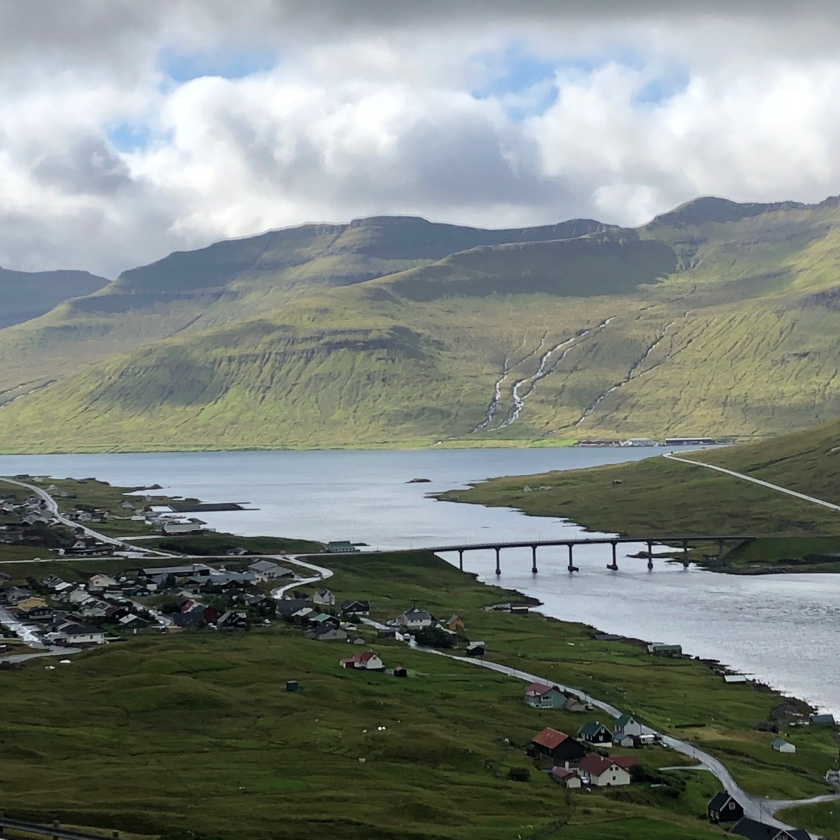 Not being a knitter, nor drawn to yarn this day, I came upon a bowl of buttons. I saw the possibility of creating flowers. I ended up having a delightful time choosing buttons that will later become flowers. 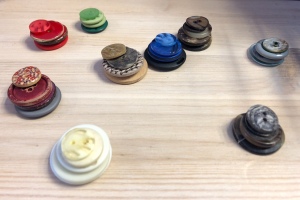 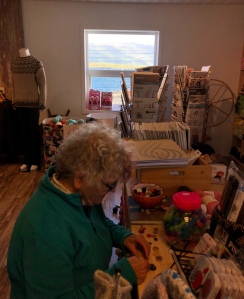 Oh, and I found a lovely wool throw to purchase!

Moving on through town, 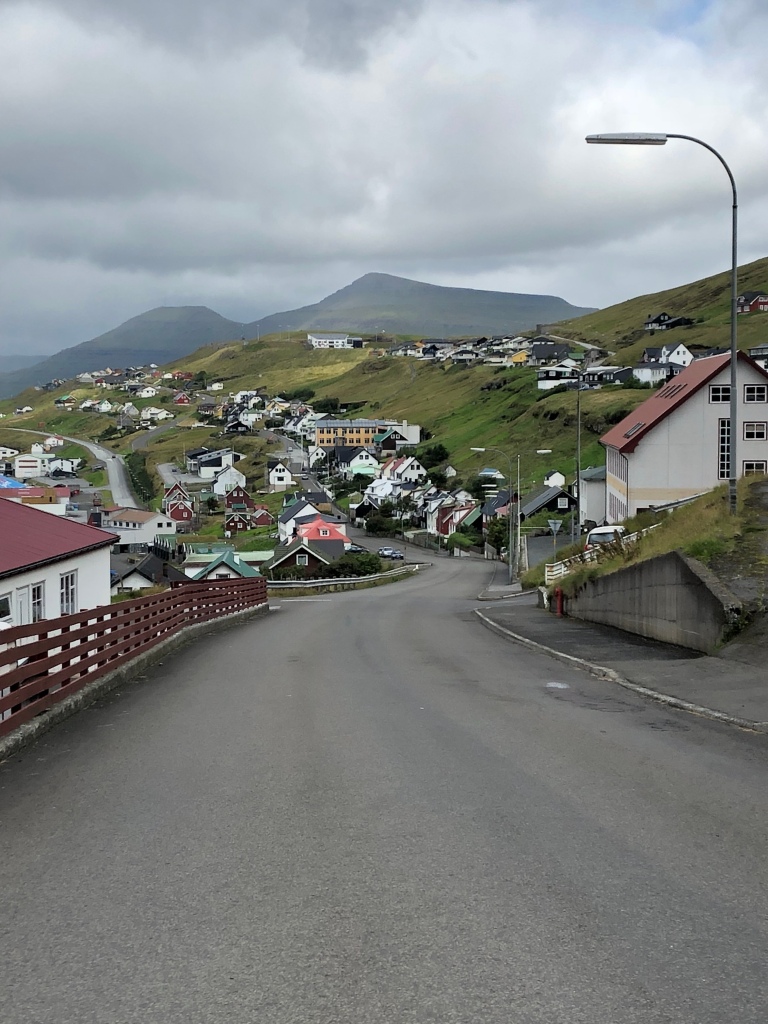 we stopped at the old 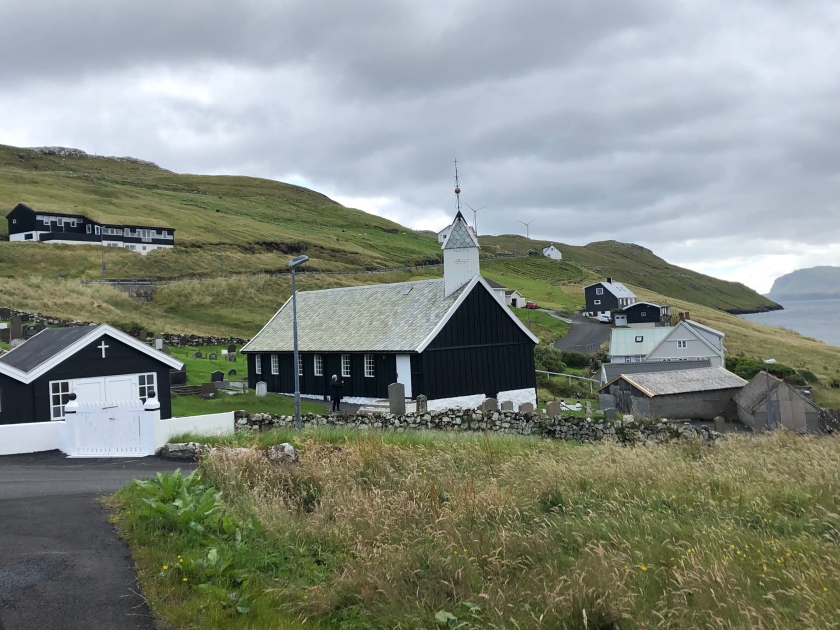 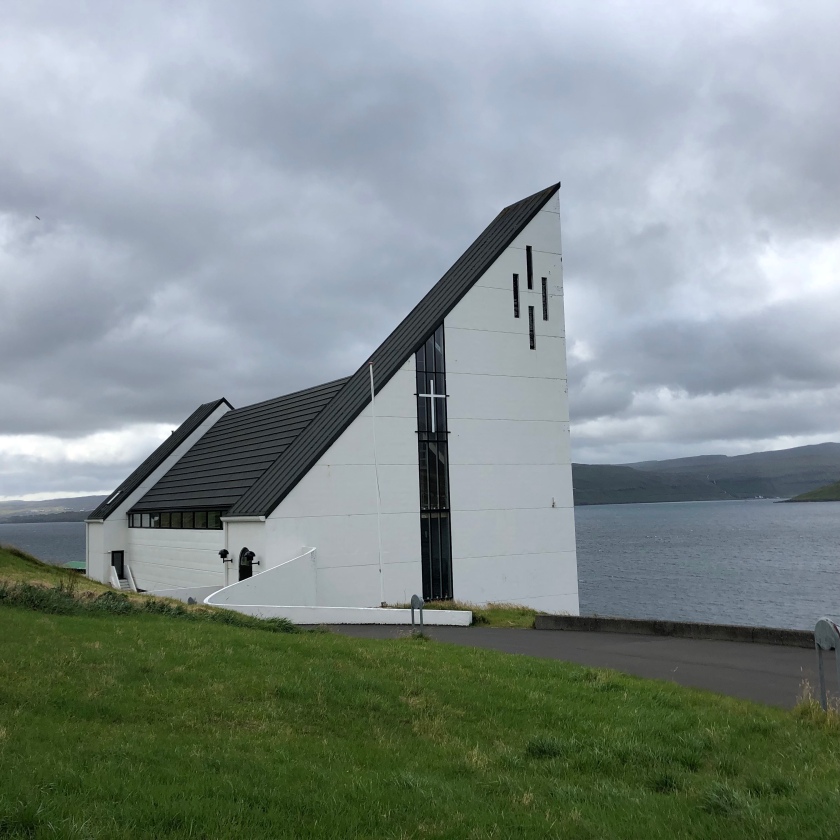 Several people had suggested we attend the Fisherman’s Festival held each year in Klaksvík, on the island of Borðy. That became our next destination. A five-mile long tunnel under the sea took us to Borðy. It’s easy to lose visual acuity and spacial clarity when in a tunnel that long.

I guess we shouldn’t have been surprised by the crowds and the traffic, but we were. Directed through town (it was now a rainy day) by volunteers, we passed by much of the festival’s goings on. All the way past and on up above the town to find parking. What we found instead was a vista point from which we enjoyed the entire array of events. 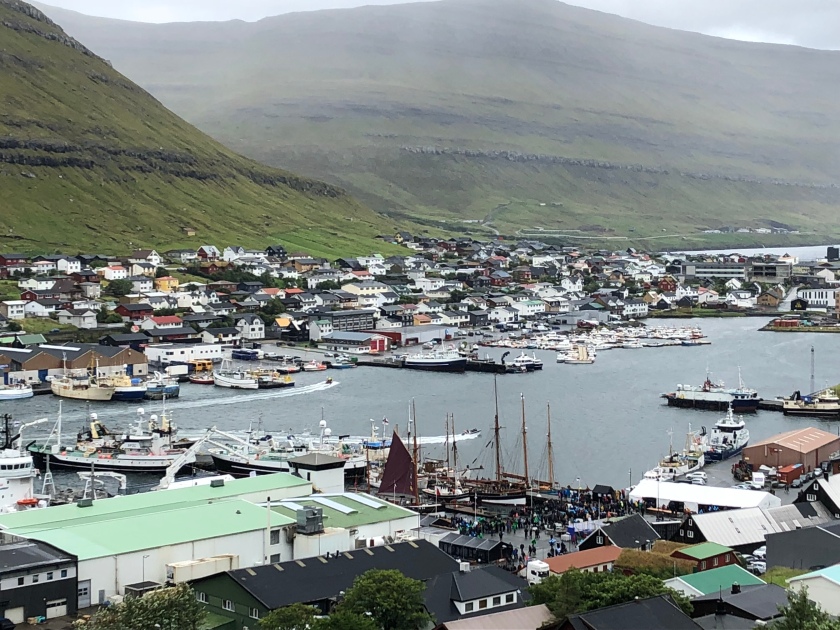 That was quite sufficient for us.

About to leave town, we read this in our guidebook: “The extravagant interior of Christianskirkjan holds a whopping altar fresco of The Parable of the Last Banquet from St Luke’s Gospel.”

We quickly entered and exited several round-abouts to make our way to the church. It did not disappoint! 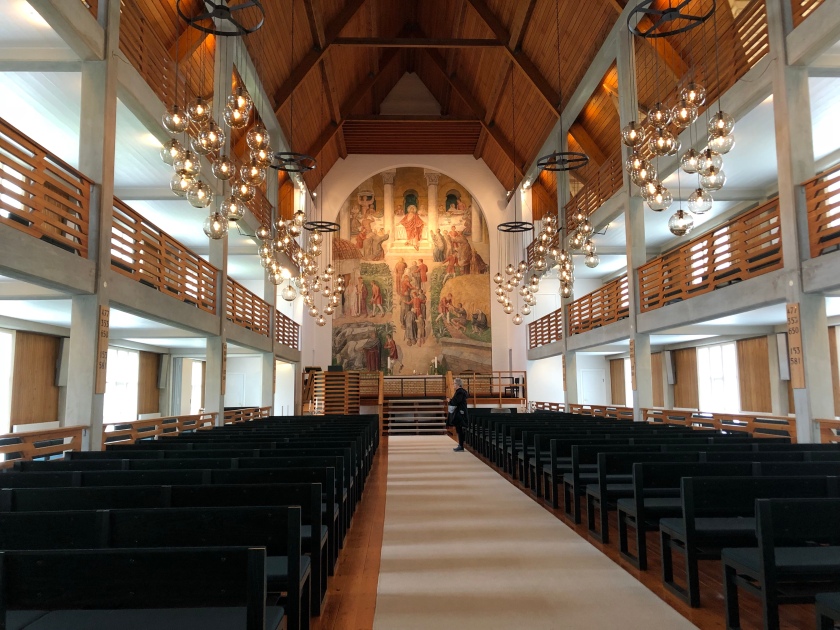 We sat in this space doing prayers from Daily Prayer for all Seasons.

Meditation; Isn’t that what friendship is all about: giving to each other the gift of our belovedness? Henri Nouwen

Our next choice was to go up up and away.

We drove across the midsection of Borðy via another, shorter tunnel, then roads up the eastern coast. 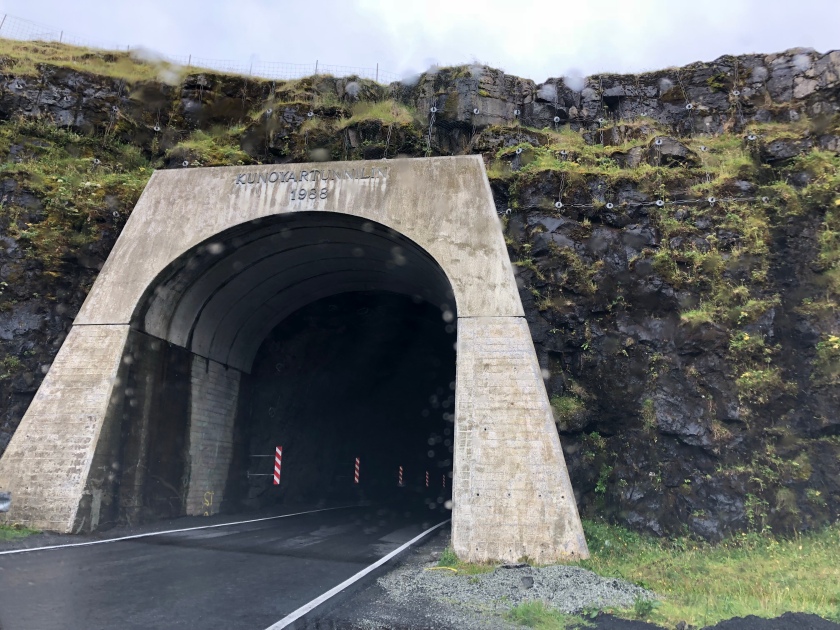 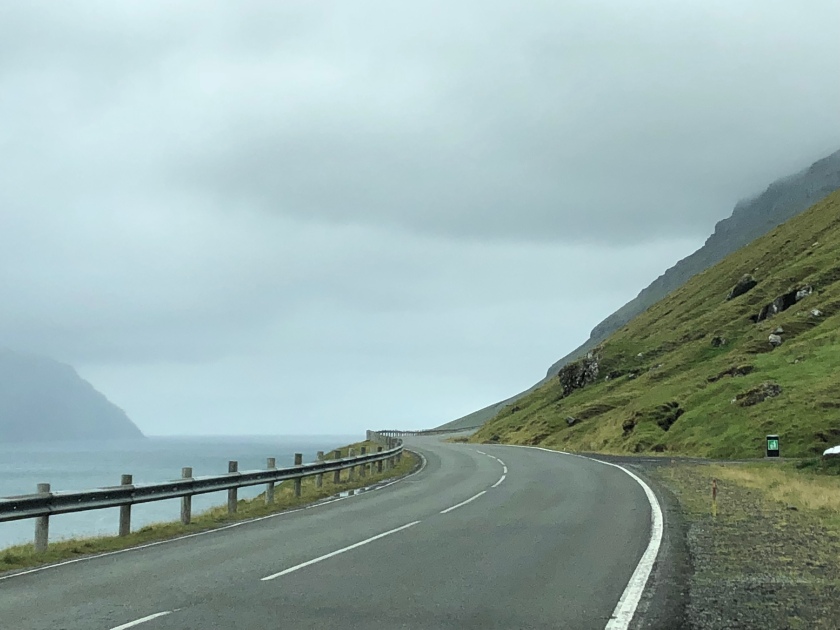 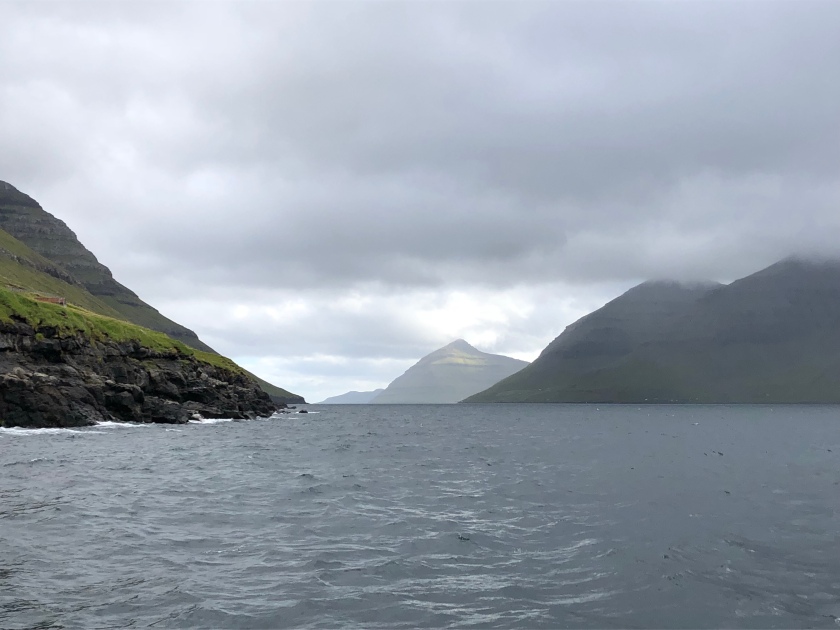 A pretty church perched on the edge of the coast. 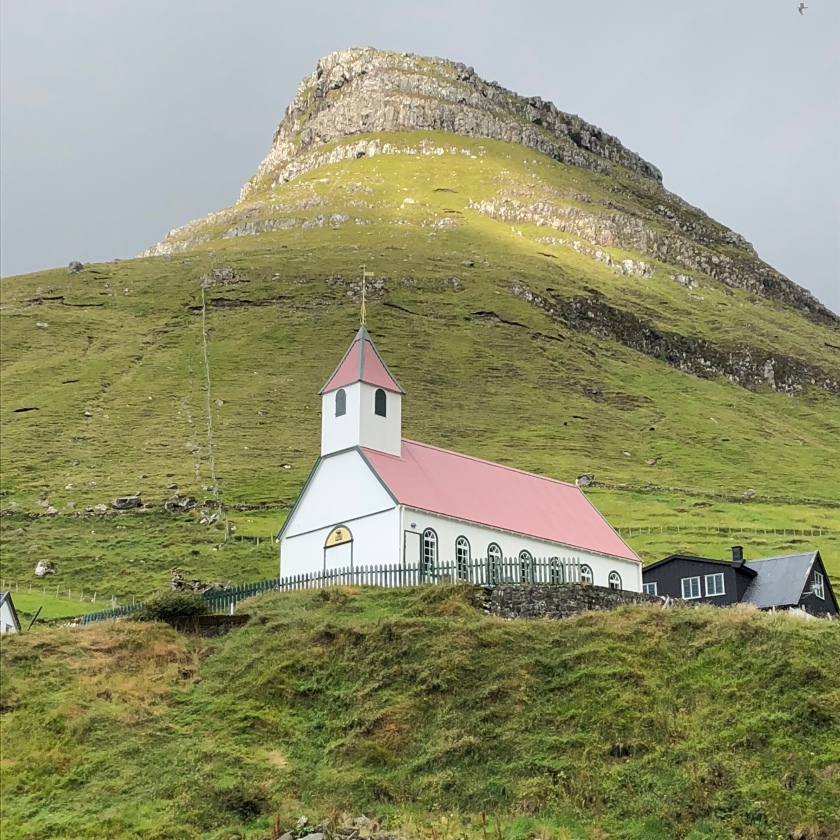 Another tunnel under the sea crossing took us to the island of Vidoy. One more tunnel through the mountain and we were on the eastern coast near the top of Vidoy Island. 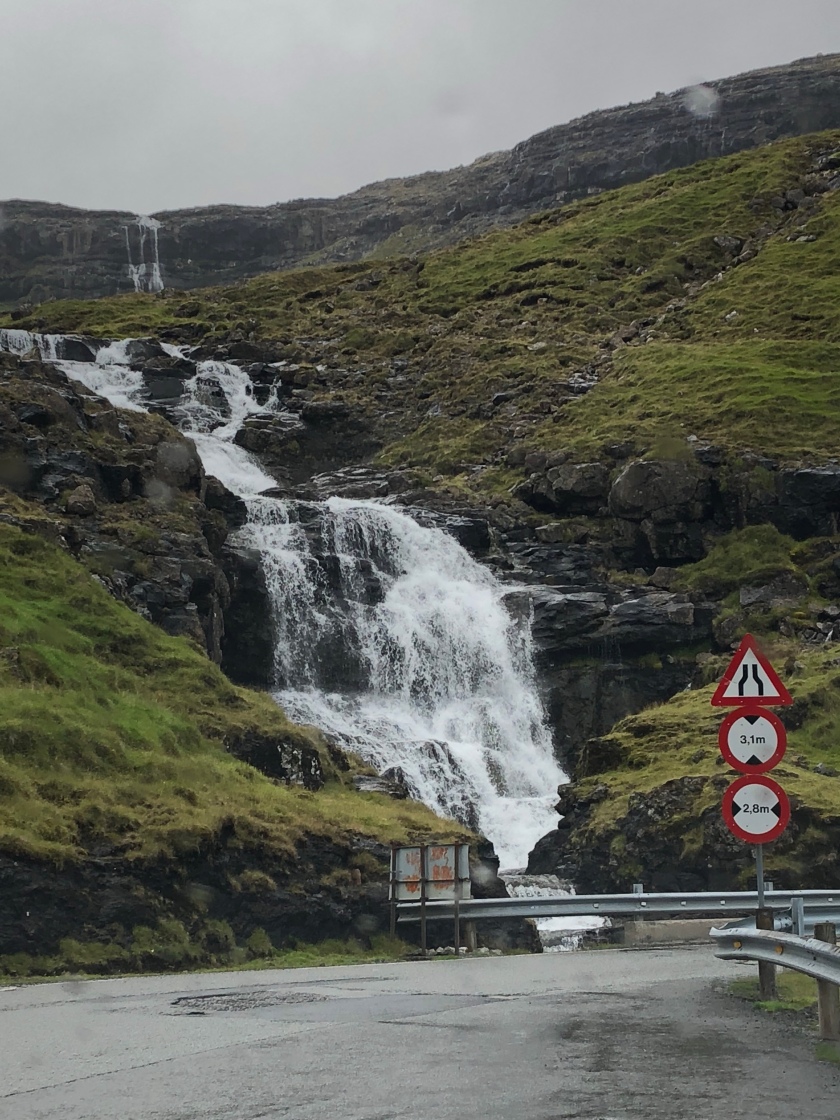 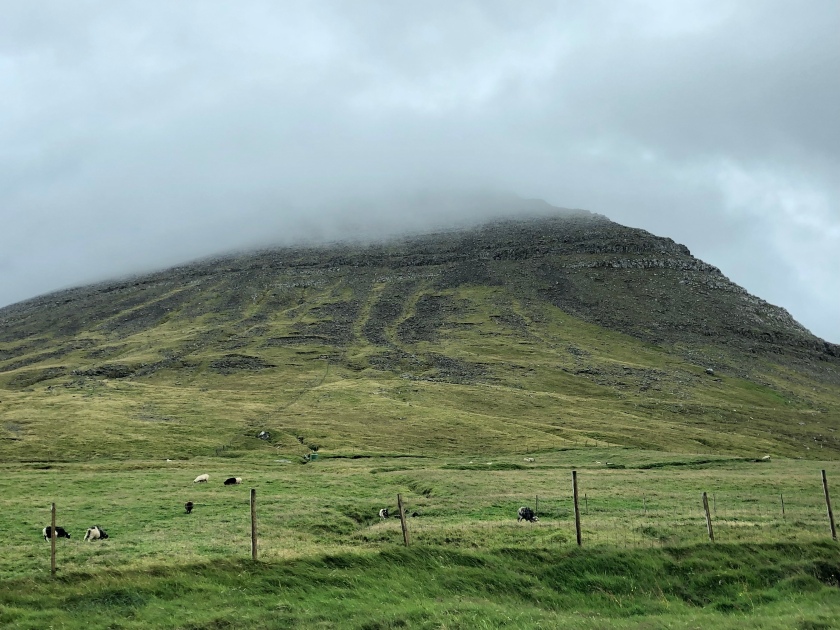 It was unbelievably windy with off and on rain. Then the rain ceased and the wind blew the clouds away, 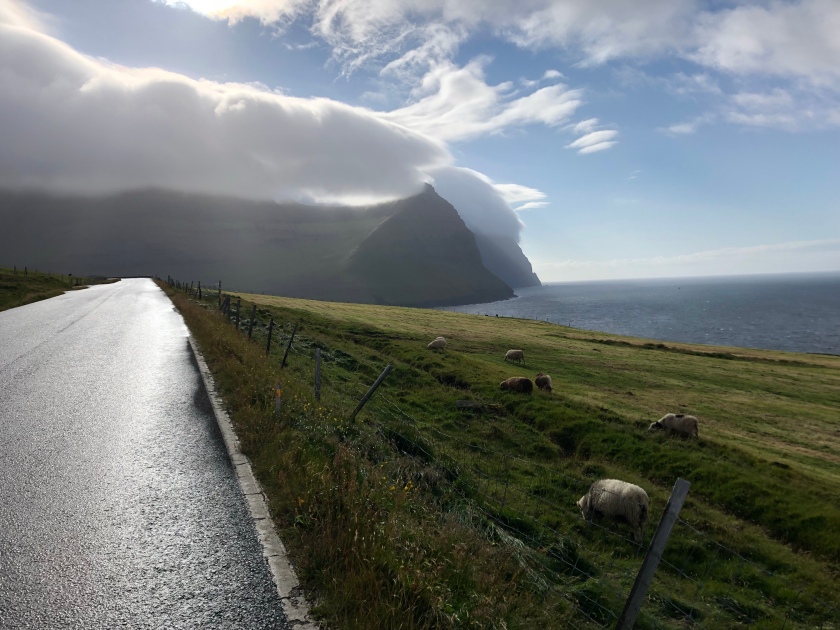 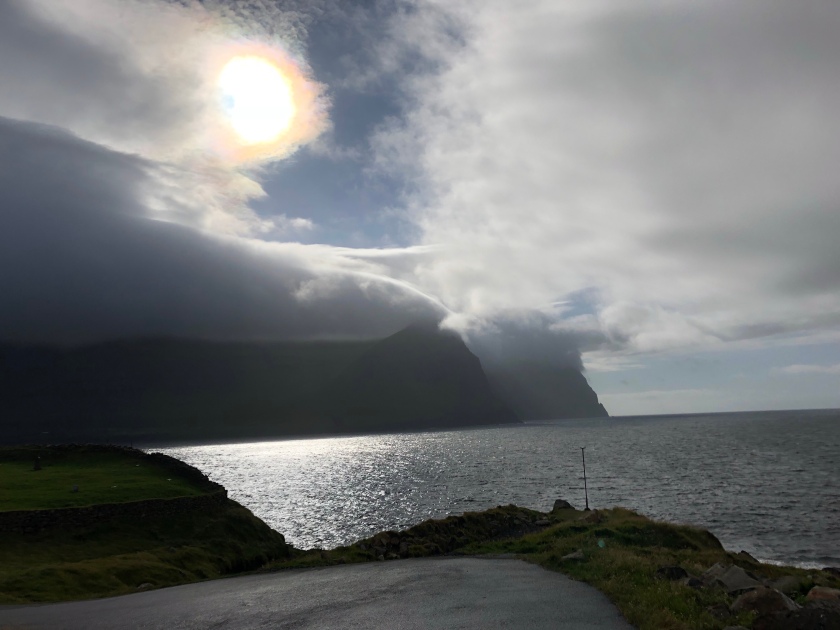 allowing the sighting of distant islands. 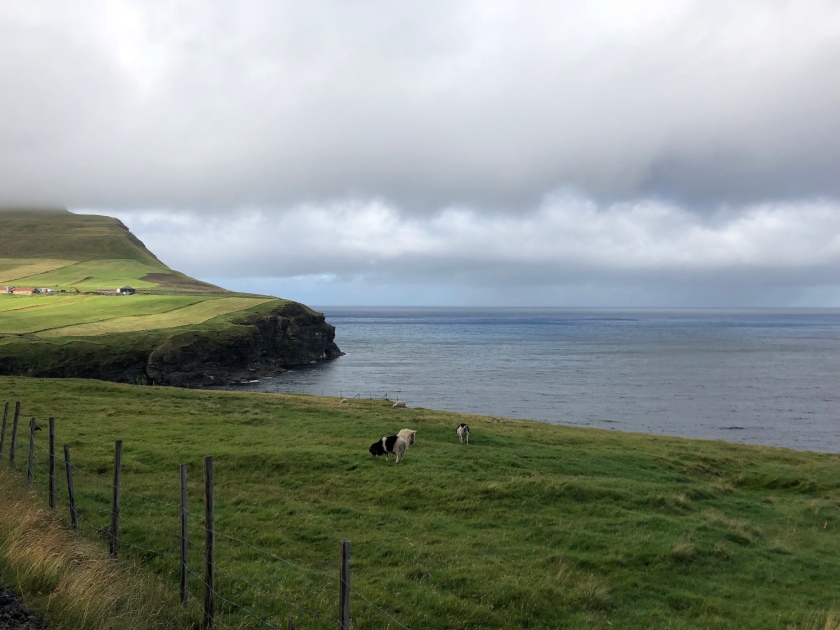 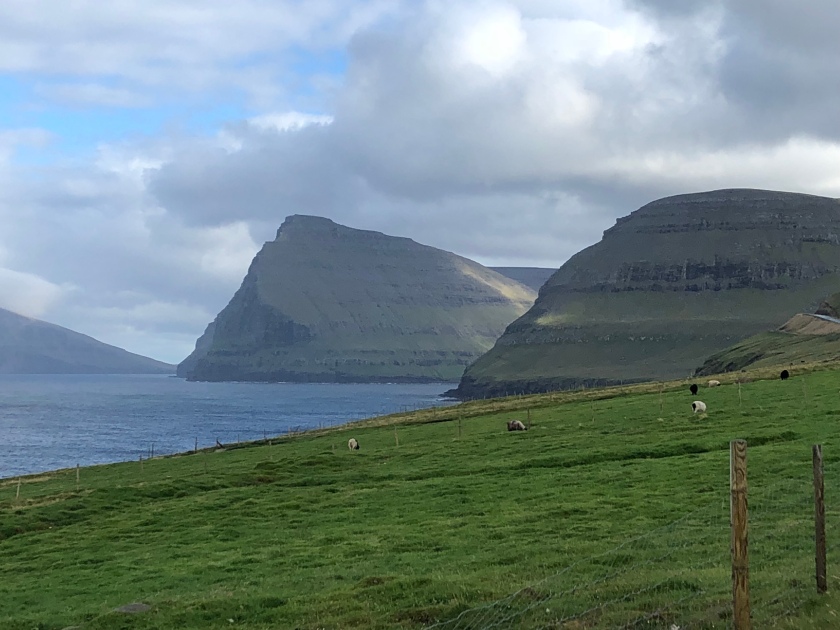 Then, of course, was the return drive home. Back down the coast, through tunnels, and across bridges. To the sunset outside the hotel window.

3 thoughts on “a day of multiple choices”